Home » comunicarebene » Sexist! Racist! Fascist! So they all these unconscious Clintonians

Yesterday I asked a girl at the beach why men and women don’t get along anymore. She flared up saying they still do. As soon as I asked why there are so many divorces, she replied angrily:

“Spend an entire life together is against nature!”.

“Nature?” I asked trying to provoke her, “do you think homosexuals cannot form a couple because it is not natural?”.

“Of course they can, in nature there are homosexual couple”.

The new ideology of these people who claim to be so intelligent states that traditional marriage is “against nature” while a gay marriage is completely natural. When exactly did we start to think like that?

And she added that the sense of possess is so bad and she has so many former boyfriends and she is proud all of them enriched her with great experiences. Who knows if they think the same.

Guess what she replied when I humbly noticed that, even if I am not against the idea of two same-sex people forming a couple, I cannot believe it she said it is more natural than a traditional family.

Apparently there is freedom of speech in the Western world. As long as you don’t say “I like my woman to cook for me”, or “I dislike Islamic culture”, or “the Clintons suck”.

Yes, because maybe you are not aware of it, but there is a bit of Clinton even in your mind when you put one of those words in your mouth, without even really realizing what you are saying.

If you dare say something against the establisment’s ideology, then you don’t deserve freedom of speech anymore. And a good way to make you shut up is labeling you as a sexist, racist, fascist. 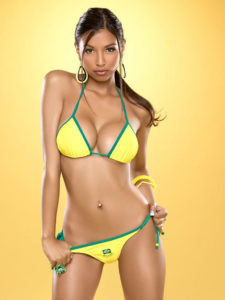 One thought on “Sexist! Racist! Fascist! So they all these unconscious Clintonians”