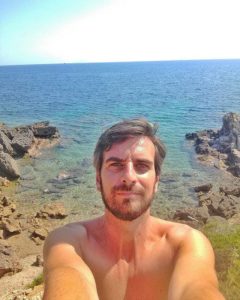 Before that moment I had always thought I was able to save me by myself. Until that moment I was sure to be the master of my life and to be able to dispose of myself as best I could. Then suddenly I realized that if there had not been that fisherman who was pulling me up from the sea my adventure would have ended there, among the cold waters of Elba island. ‘What did you want to do, the end of the fish?’ the local man asked me after putting me on a rock. He found accidentally at early morning near the rock from which I jumped. I thanked him, spitting sea water and realizing that I had never been so close to that thin line that separates life from afterlife. And I realized that my life had just been saved by someone I probably would never see again. Because even if I needed to be seen by a doctor or at least I should have cared about my body after all that experience, I knew with certainty that I could not help pursuing immediately that word: Monserrato … where would it lead me?